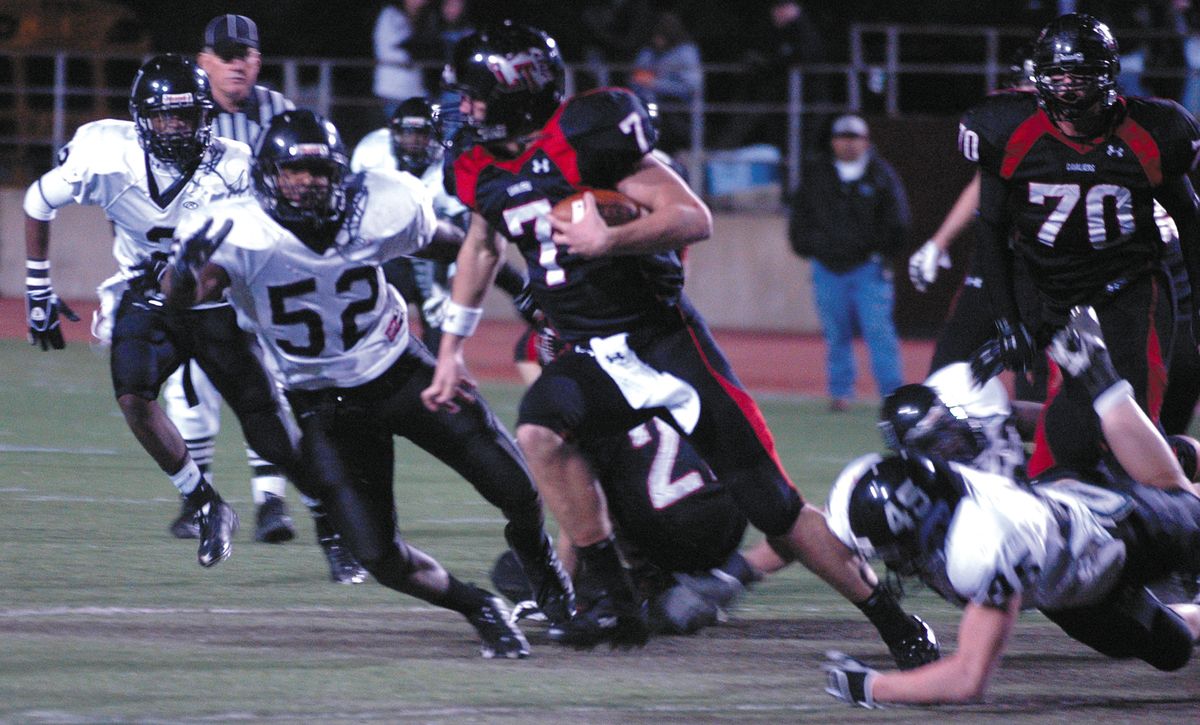 It’s fitting that Lake Travis’ Bi-District opponent in 2015 is Pflugerville. Four seasons ago, the teams met on Georgetown’s Birkelbach Field. The Panthers converted a 4th-and-3 late in the fourth quarter to set up a go-ahead touchdown against the favored Cavaliers, who had won five consecutive 4A state championships and 30 consecutive playoff games before moving up to 5A. Lake Travis’ rally fell a toe short when Grant Foster’s foot came down on the back line of the end zone, negating a 45-yard touchdown catch on the game’s final play. Pflugerville won 23-20.

A state championship run nearly got derailed before it could start at House Park. McCallum gave Lake Travis all it wanted and more in a Bi-District game. The Knights frustrated Michael Brewer into the worst game of his career, and a late defensive stand preserved a 28-20 Lake Travis win. Brewer completed just five of 12 passes for 34 yards and suffered a pair of interceptions, but he rushed for 123 yards and a score to help the offense do just enough. The Cavaliers’ Omar Duke-Tinson and Jonathan Roberts stuffed McCallum’s Michael Sorrells on a fourth-and-goal in the final minute.

In the midst of a season in which he’d set the state single season and career passing yardage records, Garrett Gilbert got Lake Travis’ run to a second state championship off and running with his legs. Gilbert ran for a quartet of touchdowns to go along with three passing scores to lead Lake Travis to a 54-14 win over LBJ in the Bi-District playoffs. He’d go on to rush for 18 playoff touchdowns after scoring just five rushing touchdowns during the regular season.

One week after winning the only playoff game in Lake Travis history, the Cavaliers lost a heartbreaker at New Braunfels, falling 28-25. Lake Travis led 25-21 and had the Unicorns facing fourth and long with less than a minute left. But that proved enough time. A Hail Mary pass worked and New Braunfels ended Lake Travis’ first post-season. “They just made one more play than we did,” said then-Cavaliers coach Jim Shewmake.