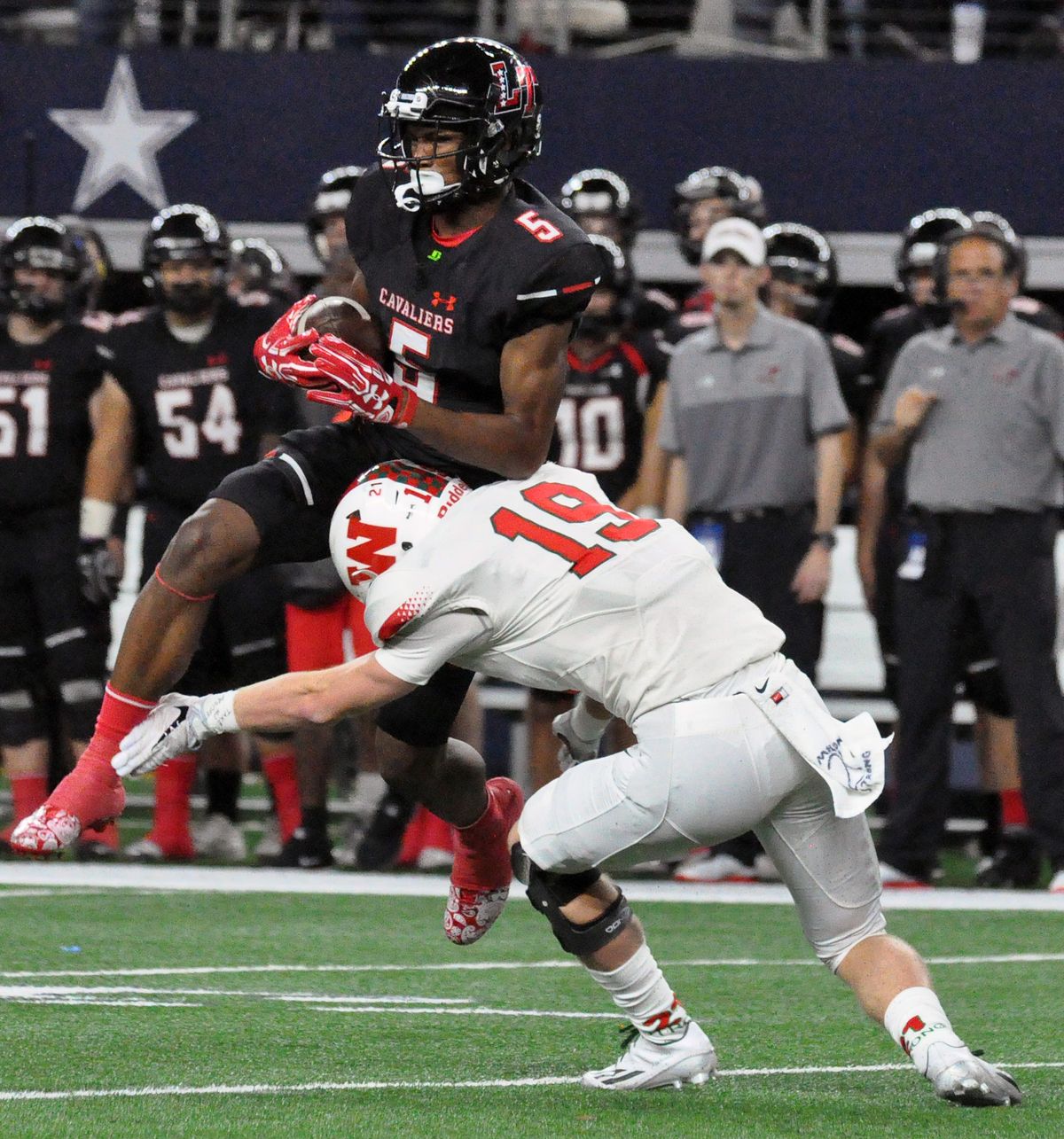 Lake Travis’ youngest player turned out to be one of its coolest customers in Saturday’s 41-13 state championship win over The Woodlands.

Garrett Wilson, the lone offensive starter in a senior-laden lineup, delivered several big plays to complement seniors Cade Green, Cade Brewer, Maleek Barkley and Charlie Brewer. In his first title appearance, Wilson overcame a case of nerves and delivered a pair of first-half touchdowns as the Cavaliers jumped out to a commanding lead.

“This was the most nervous I’ve ever been in my entire life,” Wilson said. “I’ve never been more nervous, but I got used to it, though.”

After catching a pass on the team’s opening drive, Wilson found the end zone late in the first quarter, hauling in a 5-yard pass from Charlie Brewer to give the Cavaliers’ a 14-0 lead. After Aidan Estrada intercepted The Woodlands’ Eric Schmid on the next possession, Wilson took a lateral and lofted a touchdown pass to Barkley, extending the lead to 20-0.

“That play had aworked against Westlake,” Wilson said. “Maleek wasn’t the main receiver in that game, but he was on this play. It was kind of a bad throw, but…”

Late in the half, Wilson made a special teams play, leaping over the line to block Lockhart West’s extra point attempt after Dylan Casey caught a 30-yard touchdown pass from Schmid late in the second quarter.

“The blocked kick was the most fun because no one thought it was going to work,” Wilson said.

Wilson also helped spark the Cavaliers’ opening drive of the third quarter, making a key 10-yard catch to convert a third-and-eight. Five plays later, Brewer found Brewer to extend the Lake Travis lead to 34-6, all but locking up the title.

He finished with six catches for 75 yards, benefitting from teammates that keep defenses spread thin.

“I felt like they knew we had threats all over the field,” he said. “We just took what they gave us, and I was that person who ended up being open a lot of the time.”