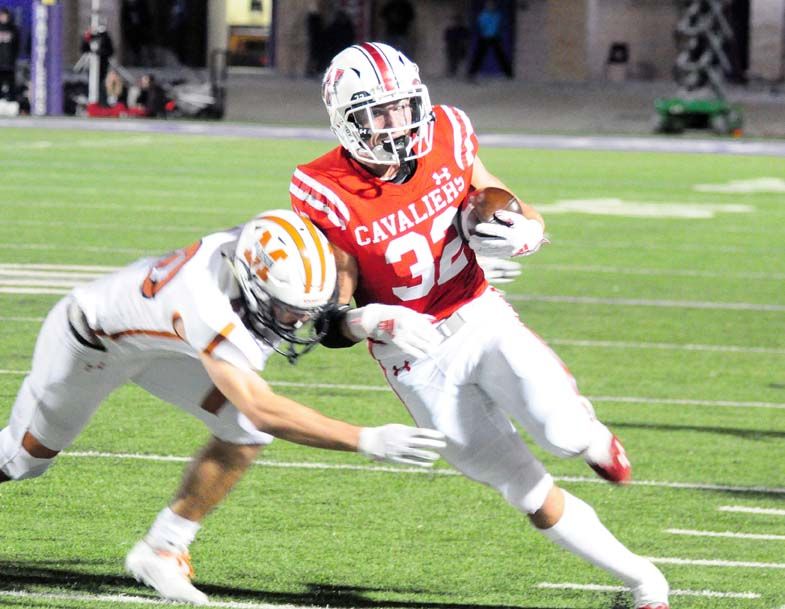 Even when Lake Travis made a wrong turn Friday night against San Antonio Madison, things tended to work out just fine.

Weston Stephens rushed for 165 yards and three touchdowns to lead the Cavaliers to a 49-21 6A, Division I, Area playoff win over San Antonio Madison Friday night, even after going the wrong way on what became the game’s biggest play.

“I was supposed to go to the right, but I thought I saw a hole to the left,” he said. “When I got in the hole, I closed my eyes to brace for the contact, and when I opened them the guy had fallen off me and there was no one there.”

Stephens ran free for a 56-yard touchdown to give the Cavaliers a 14-0 lead. He also caught a season-high five passes for another 61 yards, helping junior quarterback Nate Yarnell keep the offense moving in key spots. Stephens has rushed for more than 100 yards in four of his last five games.

“Our offensive line is knocking people off the ball and the backs are running well,” Carter said. “I think Weston is really coming into a groove and the guys coming in and spelling him are playing well, too. And he made some phenomenal plays catching the ball. He really did.”

“I thought we had several chances to make some big plays, possibly turnovers,” Carter said. “But we didn’t keep the proper leverage on the quarterback, and he’s a good player and he made some plays.”

But Lake Travis responded with a 9-play, 58-yard drive capped by Yarnell’s 4-yard touchdown pass to Grayson Sandlin with 15 seconds left in the quarter. Yarnell completed passes to five different players on the drive.

“It was a great drive and a great way to finish the half, especially knowing that we were getting the ball to start the second half with a chance to go score again,” Carter said. “That was a big key to the momentum in the game.”

Stephens put Lake Travis (11-1) in complete control with two third-quarter touchdowns. Andrew Salem, an offensive lineman, and Gary Gordon both rushed for fourth-quarter touchdowns to close out the Cavaliers’ scoring.

Yarnell completed 19 of 25 passes for 239 yards and two touchdowns, overcoming a second-quarter interception.

“I think every week he’s gaining in experience and confidence,” Carter said.

Darien Gill led Madison (9-3) with 85 yards on 18 carries. Garza struggled passing against Lake Travis’ defense, completing just 10 of 27 passes for 118 yards with a touchdown and an interception.

Lake Travis faces Weslaco in the regional semifinals next Friday at Alamo Stadium in San Antonio. Kickoff is set for 1 p.m.