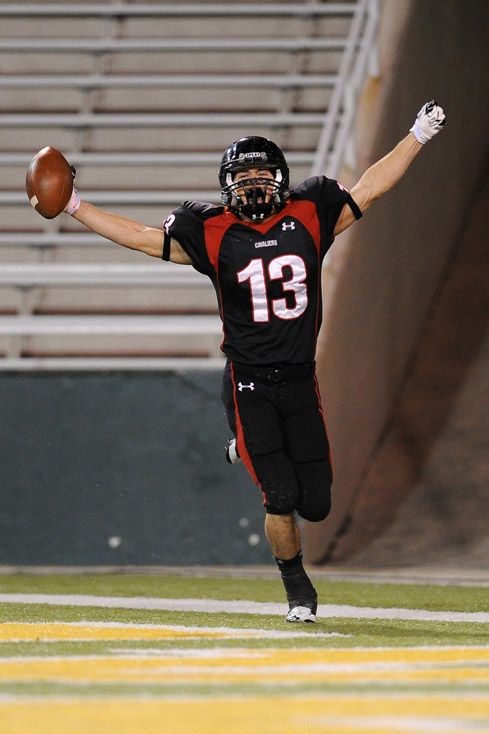 For the second year in a row, Lake Travis and Steele met in the Area playoffs. Lake Travis had Garrett Gilbert in 2008. Steele had Malcolm Brown in 2009. Brown ran over, around and through the Lake Travis defense for 299 yards and helped his team to an early lead, but the game may be remembered more for the two plays on which he didn’t score. In the first half he broke free only to have Colin Lagasse chase him down from behind and force a fumble that the Cavaliers recovered. And the entire Lake Travis defense piled up to stop Brown on fourth and goal in the closing seconds as he charged toward game-tying touchdown. “That play was just awesome,” Michael Brewer recalled in Chapter 14. “Malcolm’s helmet went up in the air, he went down….”